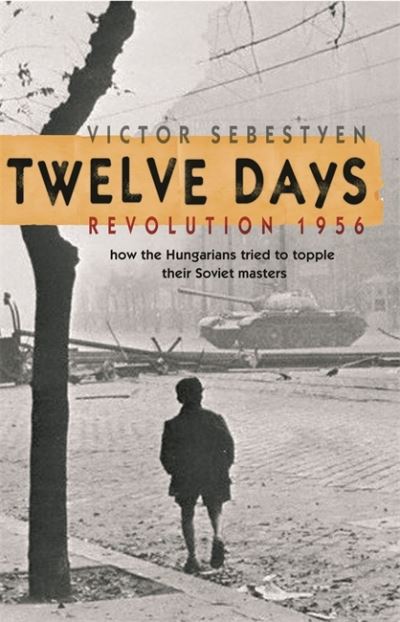 The defining moment of the Cold War: 'The beginning of the end of the Soviet empire.' (Richard Nixon)

The Hungarian Revolution in 1956 is a story of extraordinary bravery in a fight for freedom, and of ruthless cruelty in suppressing a popular dream. A small nation, its people armed with a few rifles and petrol bombs, had the will and courage to rise up against one of the world's superpowers.

The determination of the Hungarians to resist the Russians astonished the West. People of all kinds, throughout the free world, became involved in the cause. For 12 days it looked, miraculously, as though the Soviets might be humbled. Then reality hit back. The Hungarians were brutally crushed. Their capital was devastated, thousands of people were killed and their country was occupied for a further three decades.

The uprising was the defining moment of the Cold War: the USSR showed that it was determined to hold on to its European empire, but it would never do so without resistance. From the Prague Spring to Lech Walesa's Solidarity and the fall of the Berlin Wall, the tighter the grip of the communist bloc, the more irresistible the popular demand for freedom.