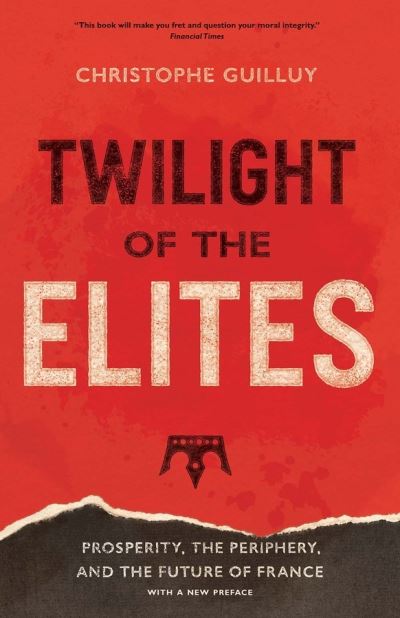 Twilight of the Elites

Christophe Guilluy, a French geographer, makes the case that France has become an "American society"-one that is both increasingly multicultural and increasingly unequal. The divide between the global economy's winners and losers in today's France has replaced the old left-right split, leaving many on "the periphery."

As Guilluy shows, there is no unified French economy, and those cut off from the country's new economic citadels suffer disproportionately on both economic and social fronts. In Guilluy's analysis, the lip service paid to the idea of an "open society" in France is a smoke screen meant to hide the emergence of a closed society, walled off for the benefit of the upper classes. The ruling classes in France are reaching a dangerous stage, he argues; without the stability of a growing economy, the hope for those excluded from growth is extinguished, undermining the legitimacy of a multicultural nation.