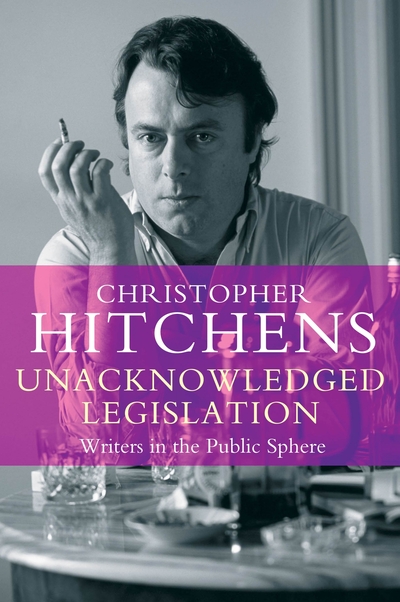 A celebration of writers and their encounters with politics and public life from one of our greatest critics.

Unacknowledged Legislation is a celebration of Percy Shelley's assertion that 'poets are the unacknowledged legislators of the world'. In over thirty magnificent essays on writers from Oscar Wilde to Salman Rushdie, and with his trademark wit, rigour and flair, master critic Christopher Hitchens dispels the myth of politics as a stone tied to the neck of literature. Instead, Hitchens argues that when all parties in the state were agreed on a matter, it was the individual pens that created the space for a true moral argument.

I have been asked whether I wish to nominate a successor, and inheritor, a dauphin or delfino. I have decided to name Christopher Hitchens. - Gore Vidal