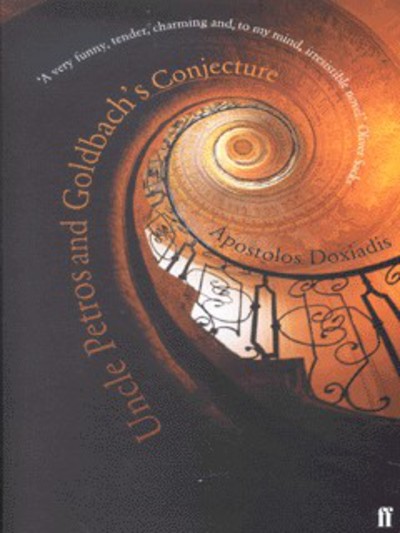 Uncle Petros is a family joke. An ageing recluse, he lives alone in a suburb of Athens, playing chess and tending to his garden. If you didn't know better, you'd surely think he was one of life's failures. But his young nephew suspects otherwise. For Uncle Petros, he discovers, was once a celebrated mathematician, brilliant and foolhardy enough to stake everything on solving a problem that had defied all attempts at proof for nearly three centuries - Goldbach's Conjecture. His quest brings him into contact with some of the century's greatest mathematicians, including the Indian prodigy Ramanujan and the young Alan Turing. But his struggle is lonely and single-minded, and by the end it has apparently destroyed his life. Until that is a final encounter with his nephew opens up to Petros, once more, the deep mysterious beauty of mathematics. Uncle Petros and Goldbach's Conjecture is an inspiring novel of intellectual adventure, proud genius, the exhilaration of pure mathematics - and the rivalry and antagonism which torment those who pursue impossible goals.