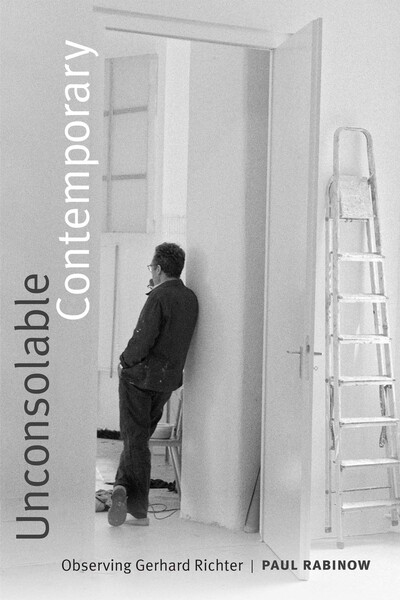 In Unconsolable Contemporary Paul Rabinow continues his explorations of "a philosophic anthropology of the contemporary." Defining the contemporary as a moving ratio in which the modern becomes historical, Rabinow shows how an anthropological ethos of the contemporary can be realized by drawing on the work of art historians, cultural critics, social theorists, and others, thereby inventing a methodology he calls anthropological assemblage. He focuses on the work and persona of German painter Gerhard Richter, demonstrating how reflecting on Richter's work provides rich insights into the practices and stylization of what, following Aby Warburg, one might call "the afterlife of the modern." Rabinow opens with analyses of Richter's recent Birkenau exhibit: both the artwork and its critical framing. He then chronicles Richter's experiments in image-making as well as his subtle inclusion of art historical and critical discourses about the modern. This, Rabinow contends, enables Richter to signal his awareness of the stakes of such theorizing while refusing the positioning of his work by modernist critical theorists. In this innovative work, Rabinow elucidates the ways meaning is created within the contemporary.