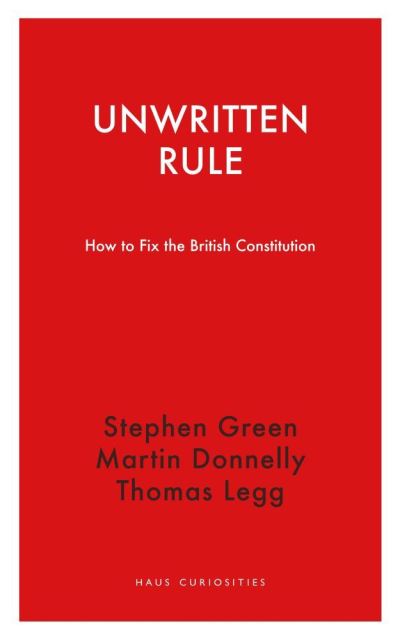 Unwritten Rule - How to Fix the British Constitution

Not since Ireland broke away from the United Kingdom a century ago has the British state been so fragile. Northern Ireland now operates under trading rules that are legally separate from the rest of the nation. In Wales, support for independence is running at a historical high. Above all, Scotland is more conscious than ever of its individual identity and has aspirations for a European future. With public trust and confidence in government at record lows, the UK faces a crisis that can only be repaired by a new constitutional settlement. Unwritten Rule calls for a radical realignment, embracing a federal approach that would accommodate devolution as the best way of bringing about a successful and diverse national life, increasing democratic control over local and national decision-making, and modernising our national political structures. It will be an arduous journey, but wide-ranging reform is vital if we are to ensure that the United Kingdom not only survives into the coming decades but thrives.