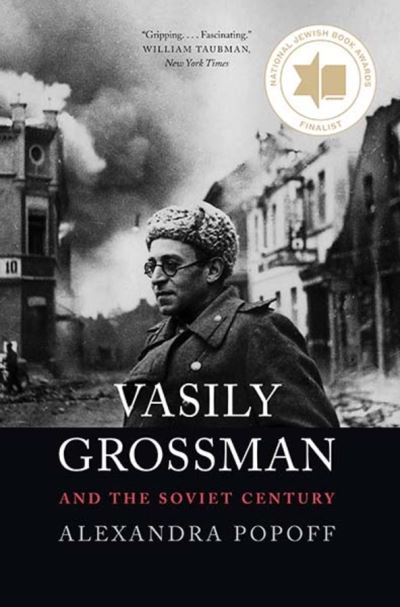 Vasily Grossman and the Soviet Century

"[Popoff] tells Grossman's story with sensitivity and a keen understanding of his world, drawing on little-known archival collections to produce what must be considered the definitive biography."-Douglas Smith, Wall Street Journal

If Vasily Grossman's 1961 masterpiece, Life and Fate, had been published during his lifetime, it would have reached the world together with Pasternak's Doctor Zhivago and before Solzhenitsyn's Gulag. But Life and Fate was seized by the KGB. When it emerged posthumously, decades later, it was recognized as the War and Peace of the twentieth century. Always at the epicenter of events, Grossman (1905-1964) was among the first to describe the Holocaust and the Ukrainian famine. His 1944 article "The Hell of Treblinka" became evidence at Nuremberg. Grossman's powerful anti-totalitarian works liken the Nazis' crimes against humanity with those of Stalin. His compassionate prose has the everlasting quality of great art. Because Grossman's major works appeared after much delay we are only now able to examine them properly. Alexandra Popoff's authoritative biography illuminates Grossman's life and legacy.