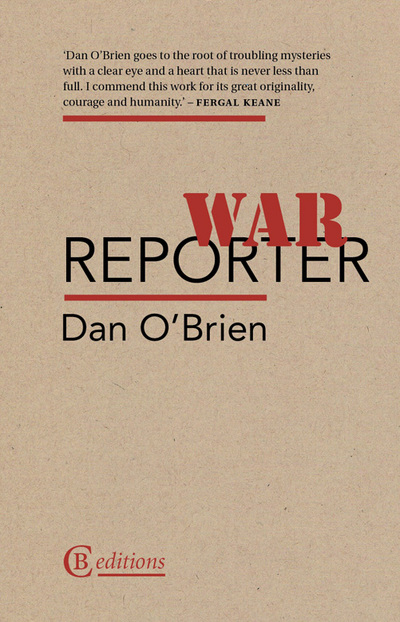 "These poems come from a collection called, not surprisingly, The War Reporter. Five years ago I began corresponding with Paul Watson, a journalist best known for his Pulitzer Prize-winning photograph of a fallen American soldier in the streets of Mogadishu in 1993. When Paul took that picture, he claims he heard the dead man speak to him: `If you do this, I will own you forever.' "The purpose of my work with Paul has been to try to use poetry to bridge the distance between an `average' person like myself and someone who has witnessed some of the signal atrocities of our era, in places as far-flung as Angola, Kosovo, Rwanda, Iraq, Afghanistan (the list goes on). The poems are derived from his memoir, Where War Lives, his journalism, recordings and transcripts he has shared with me and, most valuably, our e-mails and conversations. Some of these poems take place in Ulukhaktok in the Canadian High Arctic, where I visited Paul in the winter of 2010 while he was enjoying a brief respite from war reporting, covering the `Arctic and Aboriginal Beat' for the Toronto Star. He's now based mainly in Kandahar. Our peculiar collaboration has also produced a play, The Body of an American, but after finishing the play I found I couldn't let his story go. In a very personal way, his voice continues to haunt me."