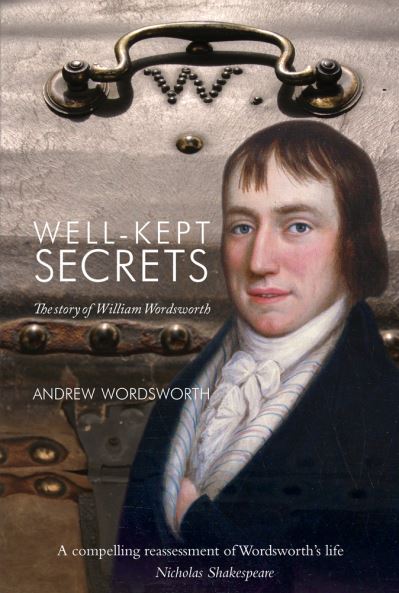 Written by his collateral descendant, sculptor Andrew Wordsworth, this insightful biography studies Wordsworth's poetry to understand more fully this deeply private and often enigmatic personality, and it observes the artist's life to better grasp the meaning of the deceptively immediate verses which conceal many layers of meaning. Andrew Wordsworth doesn't hesitate to describe faithfully his illustrious ancestor's complex and aloof personality, and his successes as well as his shortcomings. For example, he explains how after 'The Prelude' (completed in 1805 but published posthumously) he composed little of note and his project with Coleridge, 'The Recluse', remained a literary pipe-dream. Perhaps, Wordsworth himself was the 'Recluse', increasingly isolated, ensconced in his bucolic corner in the Lake District, surrounded by his close family circle (the harem, as Coleridge called it): his sister Dorthy, his constant companion, and later his wife Mary and his daughters - tragically, Dorothy was to be afflicted by a mental illness for the last twenty years of her life. Moreover, Wordsworth became progressively conservative and nationalistic, abandoning entirely his earlier liberal ideals which led him to join the French revolutionaries several years earlier. One wonders if this need for a settled and steady life and for tradition was a reaction to the many upheavals he had experienced in his early life; he was orphaned as a young child and grew up separated from his brothers and sisters: he didn't see Dorothy for nine consecutive years. However, this lack of interest in the outside world and its progress was perhaps one of the causes stemming the flow of his creativity which nonetheless would change the course of English poetry forever. As Dr David Whitley notes, Well-Kept Secrets intersperses the narrative exploring Wordsworth's life with a wealth of poetic verses. This structure clearly shows how Wordsworth's art was intimately linked to his existence and how it was a means - more or less conscious - to come to terms with the world, with himself and the many contradictions running like chasms across his personality. It also enables Andrew Wordsworth to shed some new light on the interpretation of the poetry and to better understand the poet as a man.