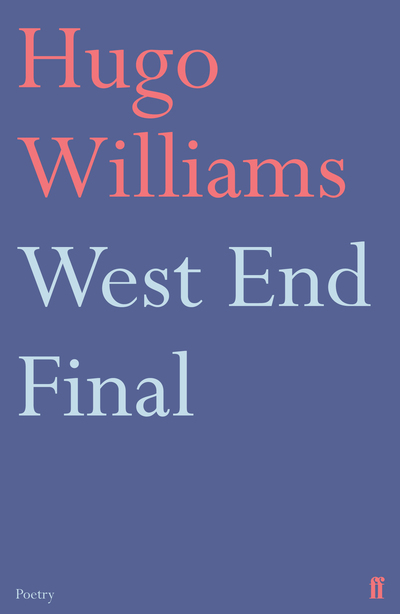 Hugo Williams's new collection summons the poet's past selves in order of appearance, as in an autobiography, showing in poems as clear as rock pools that the plain truth is only as plain as the props and make-up needed to stage it. Childhood and school time offer up the amateur theatricals of themselves, in poems of vertiginous retrospect; other poems itemize the professional selves of the poet's actor-father Hugh Williams (by now as familiar and frequently depicted as Cezanne's mountain), while the narrator - 'waiting to step into my father's shoes as myself' - teases out the paradoxes of identity and inheritance After this searching portraiture of the poet's parents, the chronology opens onto the broad secular thoroughfares of adulthood, including a limpid arrangement of pillow poems which tell the same erotic bedtime story in twelve different ways. Other poems strike out decisively along roads not taken: meticulous misremembering, sinister and fecklessly unfinished narratives about the parallel lives of desire, re-enacting lost futures and accommodating the irrepressible past as it keeps bouncing back onstage. In these fastidious and sardonic investigations of the fault-line between voice and projection, we admire once more the droll fearlessness, the art of candour as practised by Hugo Williams in this, his tenth collection of poems.