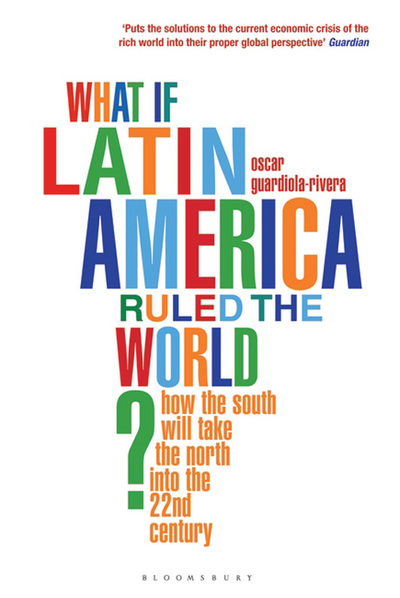 What if Latin America Ruled the World?

For most Westerners, Latin America is the junior partner of the New World, an underdeveloped sibling to the US and Canada. The vibrancy of its culture is unquestionable, but the Spanish and Portuguese-speaking countries of Central and South America are easily typecast and overlooked as exotic, dangerous, and decidedly not part of the First World. In his provocative and powerful book, Oscar Guardiola-Rivera shows how Latin America and its people are making their presence felt across the world by upsetting long-standing political and economic assumptions and orthodoxies. The US will still occupy center stage in the West for the time being, but few observers have taken notice of the rapid growth of Spanish language and culture within the USA--which is quietly and quickly becoming part of Latin America in its own way. Guardiola-Rivera's stimulating work is equally a hidden history of the modern world (the silver peso was the first global currency) and a piercing look at the future. Latin America has been in the vanguard of opposition to globalization, and its politics are imaginative, innovative and unlike those anywhere else in the world. For anyone interested in the future of the Western hemisphere or the world economy, What if Latin America Ruled the World? is a must-read.