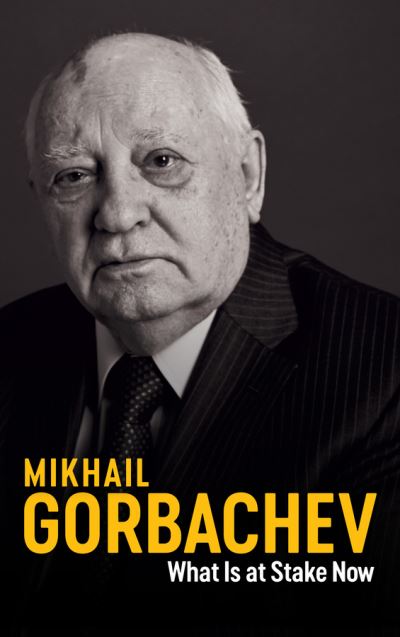 What Is at Stake Now

Thirty years after the end of the Cold War, world peace is at risk again. The United States has withdrawn from the disarmament treaty with Russia, Europe is disintegrating, China is surging forward and a wave of nationalism and populism is destabilizing established political institutions and endangering hard-won liberties. Moreover, the coronavirus pandemic has brought into sharp relief the fragility of the global order and the speed with which it can slide into chaos. In view of this dangerous and unpredictable state of affairs, Mikhail Gorbachev, the last great statesman of the 1989 revolution, has written this short book to warn us of the grave risks we now face and to urge us all, political leaders and citizens alike, to take action to address them. He focuses on the big challenges of our time, such as the renewal of the arms race and the growing risks of nuclear war, the new tension between Russia and the West, the global environmental crisis, the global threat of diseases and epidemics, the rise of populism and the decline of democracy. He argues that self-serving policies and narrow-minded politics aimed at the pursuit of national interests are taking the place of political principles and overshadowing the vision of a free and just world for all peoples. He offers his view of where Russia is heading and he urges political leaders in the West to recognize that re-establishing trust between Russia and the West requires the courage of true leadership and a commitment to genuine dialogue and understanding on both sides. Now more than ever, the responses to the great challenges we face cannot be purely national in character but must be based on a collaborative effort in which political leaders put aside their differences and work together to advance the human security of all.