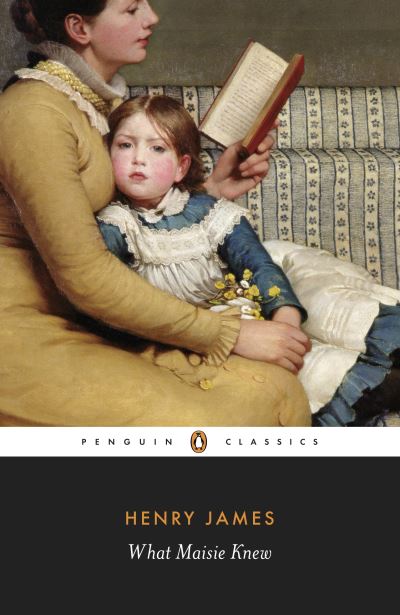 What Maisie Knew is Henry James's damning portrait of adultery, jealousy and possession on the decadent fringe of English upper-class society. This Penguin Classics edition is edited with an introduction and notes by Christopher Ricks.

After her parents' bitter divorce, young Maisie Farange finds herself turned into a 'little feathered shuttlecock' to be swatted back and forth by her selfish mother, Ida, and her vain father, Beale, who value her only as a means of provoking one another. When both take lovers and remarry, Maisie - solitary, observant and wise beyond her years - is drawn into an entangled adult world of intrigue and sexual betrayal, until she is at last able to cooperate in choosing her own future. As time conquers innocence, Henry James masterfully portrays Maisie's consciousness developing from simple childlike 'wonder' to a rich, morally-scrupulous adult mind.

This edition of What Maisie Knew includes a chronology, suggested further reading, three contemporary reviews, Henry James's own commentaries on the work, and an introduction that examines how children figured in his predecessors' novels, and how war is waged between the sexes in What Maisie Knew.

Henry James (1843-1916) son of a prominent theologian, and brother to the philosopher William James, was one of the most celebrated novelists of the fin-de-siecle. In addition to many short stories, plays, books of criticism, biography and autobiography, and much travel writing, he wrote some twenty novels.
His novella 'Daisy Miller' (1878) established him as a literary figure on both sides of the Atlantic, and his other novels in Penguin Classics include Washington Square (1880), The Portrait of a Lady (1881), The Awkward Age (1899), The Wings of the Dove (1902), The Ambassadors (1903) and The Golden Bowl (1904)

If you enjoyed What Maisie Knew, you might like Virginia Woolf's Mrs Dalloway, also available in Penguin Classics.

'Embodies everything that James excelled at in fiction'
Paul Theroux