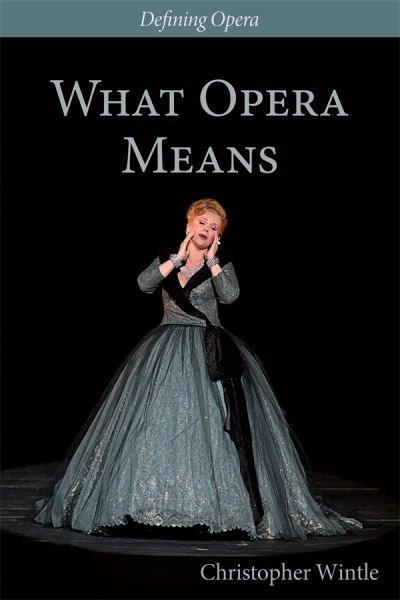 This book mounts a searching enquiry into the elusive character of opera. The author argues that any work of art can be grasped primarily through its constellation of Platonic ideas, or 'categories', several of which he explores in light of a new definition of the art-form. He elaborates each category with case-studies rooted in the time, place and circumstance of an opera's origin: most of these are adaptations of previously-published essays, though some draw on talks for universities, opera houses and the BBC.

Although he looks back to the infancy of opera, he concentrates on later, more familiar repertory - principally Wagner, Verdi, Strauss and Britten. Case-studies included under 'Psychology' reveal his long-standing involvement with psychoanalysis, and those under 'Performance' reinforce his view of opera as a branch of rhetoric. As the first of a two-volume project, What Opera Means deals with categories accessible to all: of fifty entries, only two require basic musical knowledge (the second volume will be for specialists). The book is thus suitable for the general reader, as well as for college courses.

CHRISTOPHER WINTLE is Emeritus Senior Lecturer in Music at King's College London and General Editor of the series Defining Opera (Plumbago Books). He has published extensively on nineteenth- and twentieth-century music, and for twenty years was an opera critic for the Times Literary Supplement.
KATE HOPKINS (Editor) is Content Producer for Opera at the Royal Opera House and Senior Assistant Editor of Plumbago Books. She has written on opera and literature for ENO, WNO and The Royal Opera.