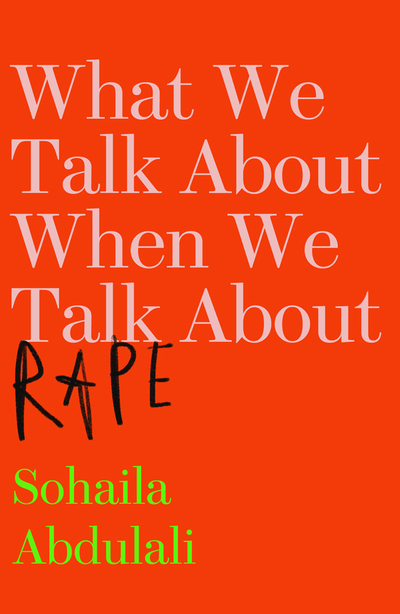 Sohaila Abdulali was gang-raped as a teenager in Bombay. Indignant at the deafening silence on the issue in India, she wrote an article for a woman's magazine questioning how we perceive rape and rape victims. Thirty years later she saw the story go viral in the wake of the horrific 2012 Delhi gang rape and the global outcry that followed. This book draws on her own experience, her work with hundreds of survivors as the head of a rape crisis centre in Boston, her research, and three decades of grappling with the issue personally and professionally. What We Talk About When We Talk About Rape is about changing the conversation around rape culture, questioning our assumptions, and figuring out how to raise the next generation. Grounding each chapter in an individual story, Sohaila Abdulali looks at what we- women, men, politicians, teachers, writers, sex workers, feminists, sages, mansplainers, victims and families-think about rape and what we say. She asks pertinent questions: Is rape always a life-defining event? Does rape always symbolize something? Is rape worse than death? Is rape related to desire? Who gets raped? Is rape inevitable, like the weather? Is one rape worse than the other? Who rapes? What is consent? How do you recover a sense of safety and joy? How do you raise sons? Who gets to judge? What We Talk About When We Talk About Rape is neither a memoir nor an academic study but it is deeply personal and meticulously researched. It is a rallying cry and required reading for us all.