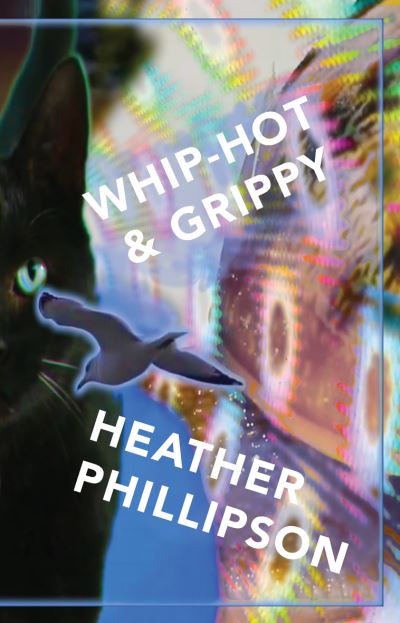 Whip-hot & Grippy is a highly innovative ‘collection of possibilities in a state of emergency’. The first part is a series of long-form and sequenced poems punctuated by recurring muzak, advertising-speak, sex scenes, terrorism, broadcast media, consumption-anxiety, protest, and human-animal relations. The book culminates in more flinching, a multi-part poem first published and freely distributed in an exhibition in which news of a military dog, shot in service, was merged with the death of a pet dog.

‘Heather Phillipson’s whip-smart and glitchy Whip-hot & Grippy…’s at the centre of a school I tentatively labelled the New Witchcraft in these pages; they’re all deliciously OTT, and have urgent things to say.’ – Tristram Fane-Saunders, The Telegraph (Christmas Poetry Books 2019)

‘Next year Trafalgar Square’s fourth plinth will hold an enormous dollop of whipped cream, topped with a cherry, a fly and a buzzing drone. Created by British artist and author Heather Phillipson, that sugar-rush sculpture – surreal, witty and grotesque – captures the essence of her poetry.’ – Tristram Fane Saunders, The Telegraph (choosing Whip-hot & Grippy as his Poetry Book of the Month for April 2019)