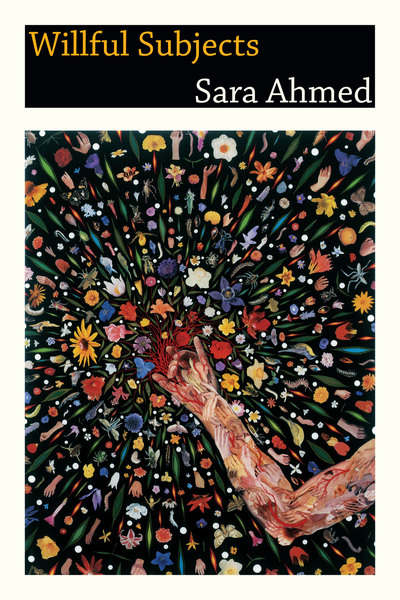 In Willful Subjects Sara Ahmed explores willfulness as a charge often made by some against others. One history of will is a history of attempts to eliminate willfulness from the will. Delving into philosophical and literary texts, Ahmed examines the relation between will and willfulness, ill will and good will, and the particular will and general will. Her reflections shed light on how will is embedded in a political and cultural landscape, how it is embodied, and how will and willfulness are socially mediated. Attentive to the wayward, the wandering, and the deviant, Ahmed considers how willfulness is taken up by those who have received its charge. Grounded in feminist, queer, and antiracist politics, her sui generis analysis of the willful subject, the figure who wills wrongly or wills too much, suggests that willfulness might be required to recover from the attempt at its elimination.