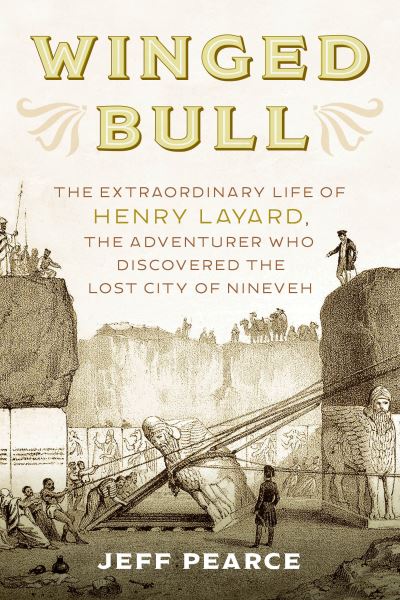 In the summer of 1839, Henry Layard-just twenty-two years old-left England for eastern Europe and distant lands of the Ottoman Empire. He had never set foot in these regions before and wasn't fluent in their languages. But he would experience one dramatic adventure after another, narrowly escaping death, combatting murderous thieves, riding with Bakhtiari warriors in Persia, and going on secret missions for the British embassy in Turkey. Layard made some of the most important archaeology discoveries ever, uncovering the ruins of Nineveh in 1845, as well as the lost Assyrian capital of Ashur. It's thanks to his secret efforts that scores of Yezidi refugees were saved from persecution. When he returned to England, his personal account of his finds at Nineveh became a bestseller. He went on to witness the famous Charge of the Light Brigade, investigated the Indian Mutiny, and as Britain's diplomat, he played a key role in saving Istanbul from destruction and looting during a war. Real-life Indiana Jones meets Lawrence of Arabia in Winged Bull, the first biography in half a century to tell the story of Henry Layard and his daring adventures. While you may not know his name, you likely have seen his work. The winged bulls, lions and priceless treasures of art and jewellery that he found make up permanent collections in institutions such as the British Museum, Britain's National Gallery and New York's Metropolitan Museum of Art. Layard may have also been the first "archaeologist with a conscience." While better known figures either stole their discoveries or bribed their way into ruins, Layard sought formal permission from local authorities. His books and letters draw a picture of a man who deeply respected the lands and cultures he explored. Using Layard's own letters as well as archival materials and never-before-published documents, author Jeff Pearce captures the life of a man who was never at rest, whether galloping off with tribal rulers or standing up for the poor and downtrodden as a British MP. Discover the life of Henry Layard in this gripping tale of astonishing discoveries, swashbuckling exploits, and political intrigue.