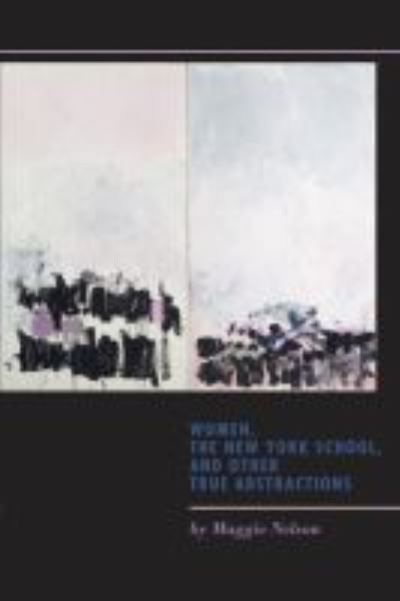 Women, the New York School, and Other True Abstractions

In this whip-smart study, Maggie Nelson provides the first extended consideration of the roles played by women in and around the New York School of poets, from the 1950s to the present, and offers unprecedented analyses of the work of Barbara Guest, Bernadette Mayer, Alice Notley, Eileen Myles, and abstract painter Joan Mitchell as well as a reconsideration of the work of many male New York School writers and artists from a feminist perspective.

With contagious enthusiasm, Women, the New York School, and Other True Abstractions ranges widely and covers collaborations between poets and painters in the 1950s and 1960s; the complex role played by the "true abstraction" of the feminine in the work of John Ashbery, Frank O'Hara, and James Schuyler; the intricate weave of verbal and visual arts throughout the postwar period, from Abstract Expressionism to Pop to Conceptualism to feminist and queer performance art; and the unfolding, diverse careers of Mayer, Notley, and Myles from the 1970s to the present. Along the way, Nelson considers provocative questions of anonymity and publicity, the solitary and the communal, the enduring and the ephemeral, domesticity, boredom, sex, and politics.

By asking us to rethink the ways in which we conceptualize "schools" and "avant-gardes" and eventually drawing our attention to larger, compelling questions about how and why we read-and how gender and sexuality inform that reading in the first place-Maggie Nelson not only fills an important gap in the history of American poetry and art but also gives an inspired performance of the kind of lively, audacious, and personally committed criticism that befits her subject.