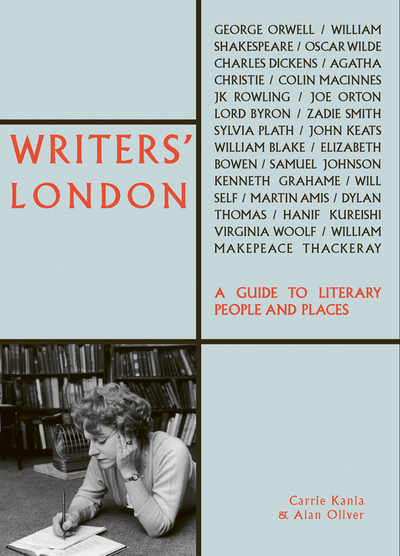 "When one is tired of London, one is tired of life." - Samuel Johnson London has long been a centre of the literary world. From Shakespeare to Amis, Byron to Blake, Plath, Thomas, Christie and Rowling; many of the greatest names in literature have made this metropolis their home. Writers' London guides the reader through homes, bookshops, pubs and cemeteries, in search of where literary greats loved and lost, drank and died. Discover the Islington building where Joe Orton was murdered by his lover, the Soho pub where Dylan Thomas left his manuscript, the Chelsea hotel where Oscar Wilde was arrested, and the Bank of England where Kenneth Graham was shot at (and missed) three times. Gathering hundreds of famous and less-well-known anecdotes, this meticulously researched volume will entertain any lover of literature. Also in the series: Vinyl London ISBN 9781788840156 Rock 'n' Roll London ISBN 9781788840163 Art London ISBN 9781788840385 London Peculiars ISBN 9781851499182