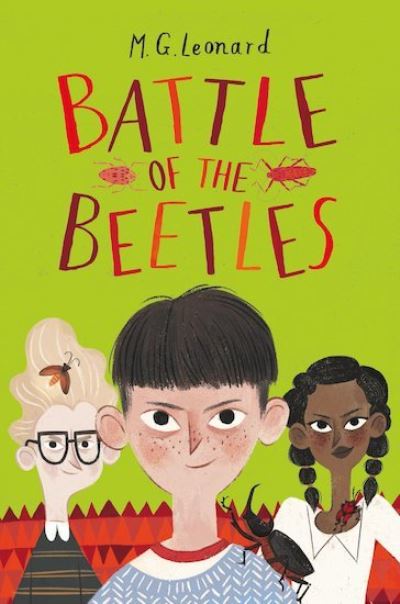 x Battle of the Beetles

The spectacular finale to the BATTLE OF THE BEETLES series - perfect for fans of Roald Dahl! 'Truly great storytelling.' MICHAEL MORPURGO on BEETLE BOY 'I predict Beetle-mania' THE TIMES on BEETLE BOY 'Roald Dahl meets 101 Dalmatians in a rollicking ride, full of adventure with vivid characters' EXPRESS on BEETLE BOY From a secret Biome in the jungle, Lucretia Cutter plans to wreak wickedness on the world unless Darkus, Virginia and Bertolt can find a way to stop her. If they fail, she'll mass an army of giant Frankenstein beetles - and the planet will never be the same again. Humanity is under siege. The future depends on three children and their beetles ... The third and final book in MG Leonard's acclaimed trilogy, which began with Beetle Boy and Beetle Queen! Featuring exotic beetles, a daring quest, a mixture of bold male and female characters and a truly venomous villain The story follows Darkus, Bertolt and Virginia - and their beetle pals - as they investigate the wicked 'Beetle Queen' Lucretia From the author of the Adventure on Trains series, co-written with Sam Sedgman