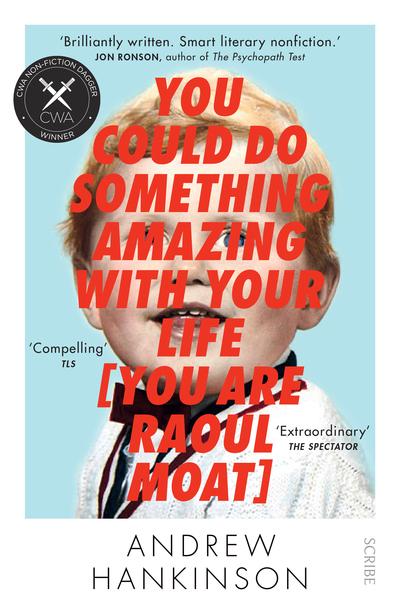 Winner of the CWA Gold Dagger for Non-Fiction. A letter arrives. You've got an appointment with a trainee clinical psychologist on April 29, 2008. You don't attend. Another letter arrives. It says they don't normally reschedule appointments, but they know this is hard for you, so they're offering you another appointment. It's on May 13, 2008. You don't attend. Two years later you shoot three people and shoot yourself. You will be called a monster. You will be called evil. The prime minister, David Cameron, will stand up in Parliament and say you were a callous murderer, end of story. You have nine days and your whole life to prove you are more than a callous murderer. Go. Raoul Moat became notorious one hot July week when, after killing his ex-girlfriend's new boyfriend, shooting her in the stomach, and blinding a policeman, he disappeared into the woods of Northumberland, evading discovery for seven days. Eventually, cornered by the police, Moat shot himself. Here, Andrew Hankinson re-tells Moat's story using Moat's words, and those of the state services which engaged with him, bringing the reader disarmingly close, at all times, to the mind of Moat.