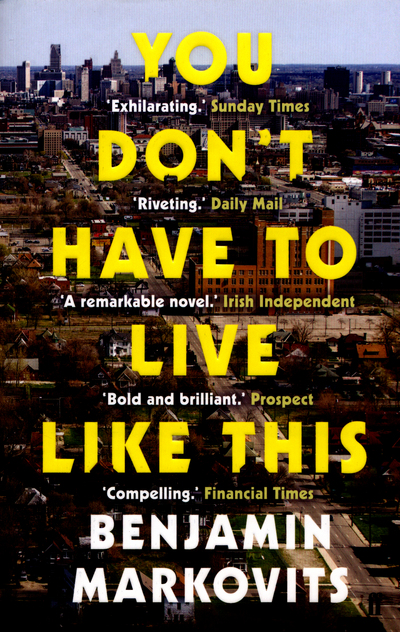 A SUNDAY TIMES TOP 100 NOVEL OF THE TWENTY-FIRST CENTURY Ten years out of Yale and drifting through a teaching career, Greg Marnier heads for his college reunion, jetlagged and drunk. There he bumps into an old friend, Robert James, now wealthy and influential from dotcom success. He has a plan: to buy up several abandoned neighbourhoods in Detroit and build a new America from their ruins. For a small investment, Greg can turn himself into a twentieth-century pioneer. But for every urban misfit who's come for a fresh start, there's a native Detroiter whose patch is being swallowed up by these new young colonials. Soon, the realities of life on America's urban frontier become all too apparent . . .