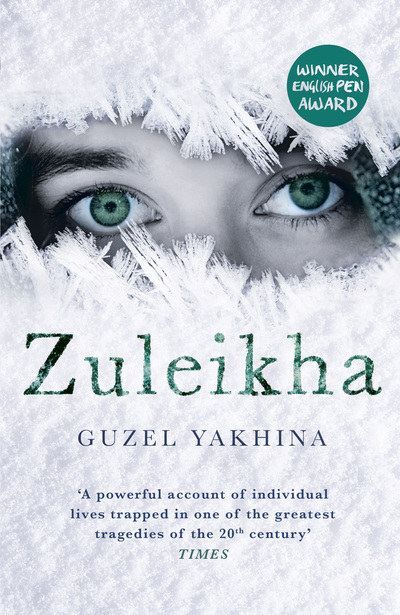 WINNER OF THE BIG BOOK AWARD, THE LEO TOLSTOY YASNAYA POLYANA AWARD AND THE BEST PROSE WORK OF THE YEAR AWARD SHORTLISTED FOR THE 2020 READ RUSSIA PRIZE RUNNER-UP FOR THE EBRD LITERATURE PRIZE, 2020 Zuleikha is the model of a dutiful wife. Biddible and meek, she has resigned herself to brutal treatment at the hands of her cruel husband and the carping of her despotic mother-in-law. While Russia reels in the aftermath of its recent revolution, life in her small Tatar village is relatively untouched. Or so it seems to Zuleikha, until the day her husband is executed by communist soldiers. Zuleikha is exiled to Siberia and forced to leave behind everything she knows. Yet in that harsh, desolate wilderness, she begins to build a new life for herself and discovers an inner strength she never knew she had. This is a supremely ambitious epic about one woman's determination, not only to survive, but to flourish in the face of the greatest adversity.