Menace and Sensuality: In the Beginning was the Sea 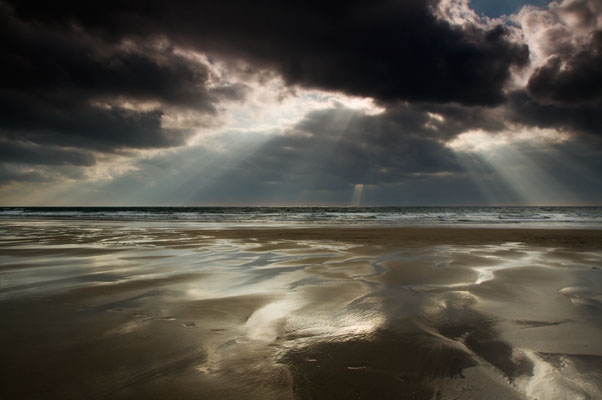 My brother Juan was killed with a shotgun by the manager of his farm in the gulf of Urabá, in northern Colombia, one night in April 1977.

So opens Tomás González's article for English PEN about the origins of his first book, In the Beginning was the Sea. The novel tells the story of J and his girlfriend, young intellectuals who leave the city behind to start a new life on a remote tropical coast. Soon, their dreams of self-sufficiency go disastrously awry. The FT describes it as ‘short and swift, with sharp imagery, menace and sensuality nestling together in its luxuriant Caribbean setting’.

González discloses that the story closely mirrors the circumstances of his brother's death, and this stark, unflinching admission mirrors the tone of the book: as Antony Cummins writes in the Telegraph, ‘as a memorial, it’s strikingly unsentimental, with little by way of lament’.

'Although I was devastated by [Juan’s] death,' the author explains, 'I studied it coldly, as a craftsman might study a fallen tree and calculate the size and shape of the canoe that might be made from it. Obviously, I had qualms before I started to write the novel, since it meant exploiting family tragedy to create literature; nevertheless I started to write.'

The result is a novel that broods with an almost unbearable sense of inevitability. Translator Frank Wynne, who will be in conversation with González at the Bookshop, has produced a translation that is both gripping and subtle. Juan Gabriel Vásquez, writing for the Guardian, notes that ‘the novel's shy poetry loses nothing in his version’.

James Kidd's review for the Independent praises the novel's refusal to provide a reassuring resolution. 'This small novel asks big questions without providing simple answers. Or, as J puts it: "Everything is so fucking difficult and so fucking beautiful."'

Tomás González will join us at the Bookshop on 31 October. Book tickets here.