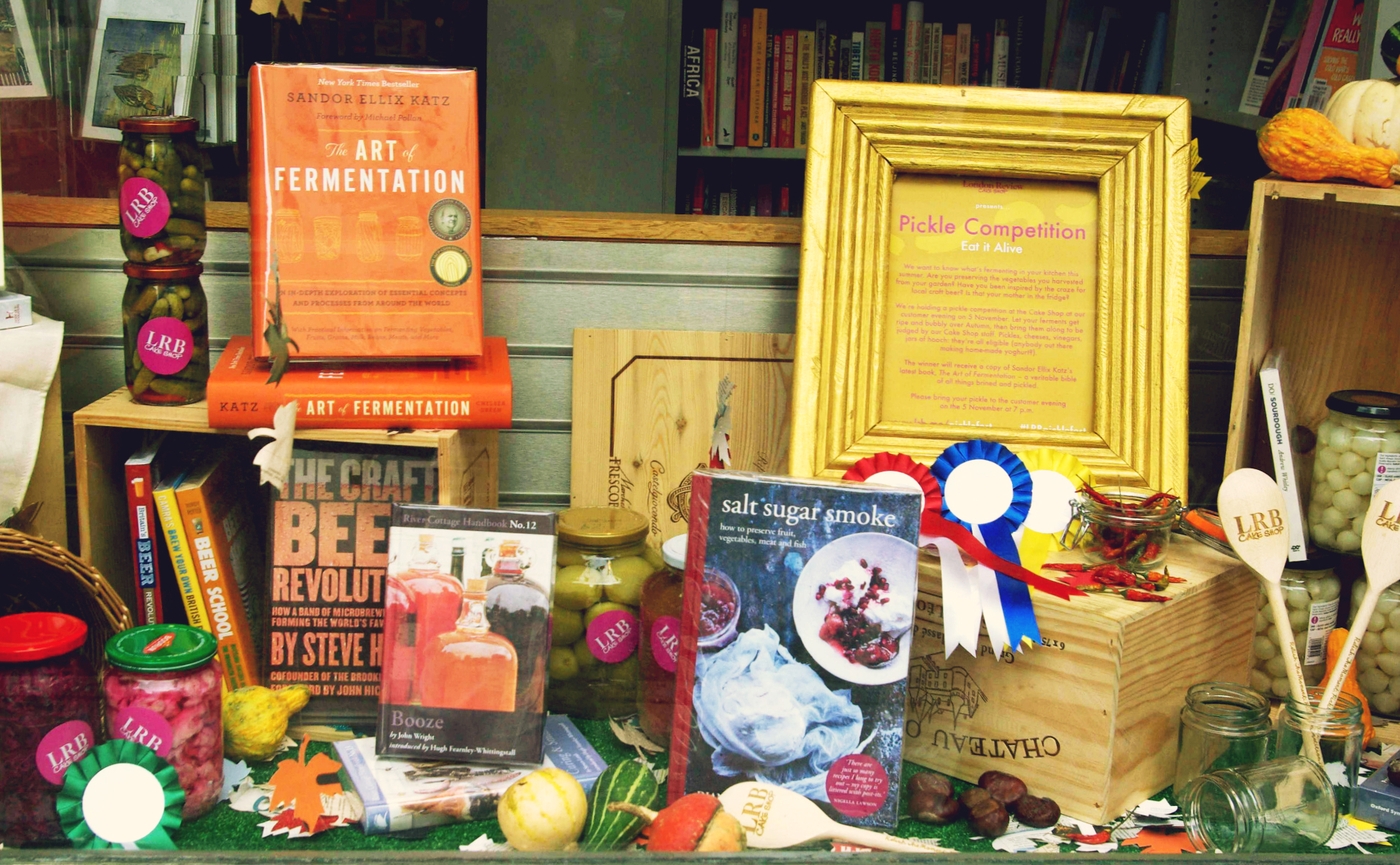 Ahead of our pickle competition, John has racked his brains to come up with some of the finest instances of pickles in literature, from Shakespeare to Salman Rushdie. He analyses his findings here.

Thou shalt be whipp'd with wire, and stew'd in brine,
Smarting in lingering pickle.

Other disgraceful proverbs of the Herring there are, as, "Never a barrel better herring; Neither flesh nor fish, nor good Red-Herring," which those, that have bitten with ill bargains of either sort, have dribbled forth in revenge, and yet not have them from Yarmouth; many coast towns, besides it, enterprising to cure, salt, and pickle up herrings, but mar them; because they want the right feat, how to salt and season them. So I could pluck a crow with poet Martial for calling it putre halec, the scald rotten herring; but he meant that of the fat restive Scottish herrings, which will endure no salt, and in one month (bestow what cost on them you will) wax rammish, if they be kept; whereas our embarreled white herrings, flourishing with the stately brand of Yarmouth upon them, (scilicet, the three half lions, and three half fishes, with the crown over their head,) last in long voyages, better than the Red-Herring, and not only are famous at Rouen, Paris, Dieppe, and Caen (whereof the first, which is Rouen, serveth all the high countries of France with it, and Dieppe, which is the last save one, victuals all Picardy with it) but here at home is made account of like a Marquess, and received at court right solemnly…

What is required for chutnification? Raw materials, obviously---fruit, vegetables, fish, vinegar, spices. Daily visits from Koli women with their saris hitched up between their legs. Cucumbers aubergines mint. But also: eyes, blue as ice, which are undeceived by the superficial blandishments of fruit---which can see corruption beneath citrus-skin; fingers which, with featheriest touch, can probe the secret inconstant hearts of green tomatoes; and above all a nose capable of discerning the hidden languages of what-must-be-pickled, its humors and messages and emotions […] One day, perhaps, the world may taste the pickles of history. They may be too strong for some palates, their smell may be overpowering, tears may rise to eyes; I hope nevertheless that it will be possible to say of them that they possess the authentic taste of truth...that they are, despite everything, acts of love.

My glasses are afraid of Ilsebill. When, for no reason at all, or because the weather had changed, or because I had emptied her pickle vinegar, which she had sopped up as if she were hooked, down the toilet, when suddenly something snapped and sent her into a cold, jellied rage – how she trembled and what an aftertremor went through her when it was over – and with furious hand, no, with dry dishcloth, swept my whole collection of glasses off the shelves, or because I had said “That trip to the West Indies is off”, because it so happens that pregnant women are entitled to drink pickle-vinegar and a case of migraine was brought on by a Scandinavian high-pressure zone… [continues interminably]

From the Bible (KJV):

They gave him vinegar to drink mingled with gall: and when he had tasted thereof, he would not drink.

And finally, from Mary MacLane:

But I—I have acquired the art of eating an olive.
Now listen, and I will tell you the art of eating an olive:
I take the olive in my fingers, and I contemplate its green oval richness. It makes me think at once of the land where the green citron grows—where the cypress and myrtle are emblems; of the land of the Sun where human beings are delightfully, enchantingly wicked,—where the men are eager and passionate, and the women gracefully developed in mind and in body—and their two breasts show round and full and delicately veined beneath thin drapery.
The mere sight of the olive conjures up this charming picture in my mind.
I set my teeth and my tongue upon the olive, and bite it. It is bitter, salt, delicious. The saliva rushes to meet it, and my tongue is a happy tongue. As the morsel of olive rests in my mouth and is crunched and squeezed lusciously among my teeth, a quick, temporary change takes place in my character. I think of some adorable lines of the Persian poet: “Give thyself up to Joy, for thy Grief will be infinite. The stars shall again meet together at the same point in the firmament, but of thy body shall bricks be made for a palace wall.”
“Oh, dear, sweet, bitter olive!” I say to myself.
The bit of olive slips down my red gullet, and so into my stomach. There it meets with a joyous welcome. Gastric juices leap out from the walls and swathe it in loving embrace. My stomach is fond of something bitter and salt. It lavishes flattery and endearment galore upon the olive. It laughs in silent delight. It feels that the day it has long waited for has come. The philosophy of my stomach is wholly epicurean. Let it receive but a tiny bit of olive and it will reck not of the morrow, nor of the past. It lives, voluptuously, in the present. It is content. It is in paradise.