A lot of Shandy 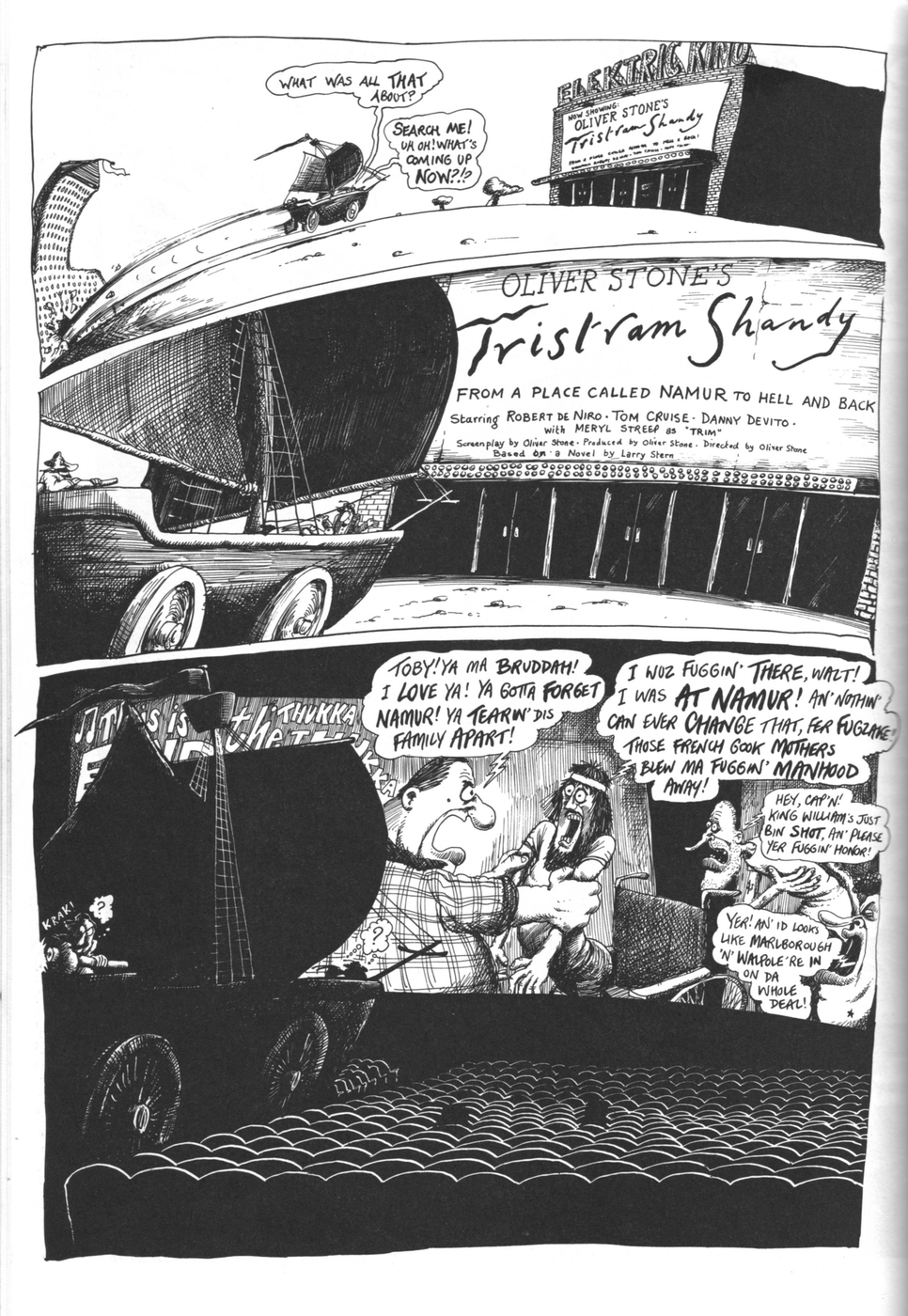 The Life and Opinions of Tristram Shandy, Gentleman is possibly the most unfilmable of all unfilmable books, but Michael Winterbottom's A Cock and Bull Story, which we're screening on Friday 22 January, is a valiant attempt to do just that.

Is A Cock and Bull Story a Shandy adaptation, though? Certainly not in the traditional sense, but in capturing the spirit of Sterne's novel, it's perfectly faithful. What seems at first to be exactly what makes it unadaptable - its complexity, its experimental nature, its rejection of narrative norms - is exactly what makes it such fertile material for adaptation; there aren't many books that have inspired works of such variation and imagination.

There's the opera that Michael Nyman has been working on since 1981. A few excerpts have been performed, but operas are expensive things, and for want of a commission, it remains 'a distant and potentially impractical dream'. So fittingly Shandean a failure, that maybe it isn’t a failure at all.

Another impractical dream, but one that came to fruition, is Martin Rowson's fabulous graphic novel version. For Rowson, it was 'the very fact of the apparent impossibility of the project' that appealed; the finished product joyfully embraces that impossibility. Among the digressions-from-a-digression in Rowson's version are two (thankfully fictional) filmic adaptations, by Oliver Stone and Andrew Davies. Praise be Winterbottom got there first. (This essay about the writing of his graphic novel is, in itself, a Shandean joy.)

Unsurprisingly, given Sterne's experimentation with print and type, the world of visual art has been inspired by Tristram Shandy too, from Scott Myles's Full Stop (The Life and Opinions of Tristram Shandy, Gentleman) to a whole host of narrative line inspired tattoos. Visual Editions’ Tristram Shandy, designed by A Practice for Everyday Life in 2011, took the entire text and turned it into its greatest modern self - filling it with the kind of visual and typographic jokes that couldn’t have been dreamt of in 1759.

A fascinating on-going visual exploration of Tristram Shandy is taking place at Shandy Hall in Yorkshire, once home of Laurence Sterne himself, and now of the Laurence Sterne Trust. This year sees the third of three exhibitions to celebrate the 250th anniversary of the book, each exhibition taking one page of the book - the black page, the marbled page and, later this year, the blank page - as its inspiration. Hundreds of artists and writers - Alasdair Gray, Lavinia Greenlaw, Jo Shapcott, Adam Thirlwell, Tom Gauld among them - each created their a page of their own, and each reads like a possible digression plucked from some parallel universe version of the book.

The final work I’ll mention, which is neither adaptation nor inspired piece of art, is a copy of the second edition of the book itself, spotted by the always fascinating Art of Google Books tumblr: the infamous black page, left unprotected, bleeding through to its surrounding pages. There’s something fitting in a book that’s spawned so many tangential, digressive homages continuing to live and change in such a physical way.