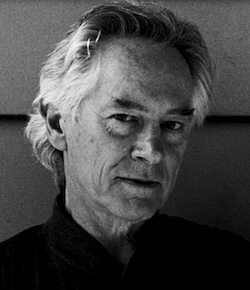 A leading member of America’s counter cultural avant garde, Michael McClure was one of the original Beats: aged 22, he read with Allen Ginsberg and Gary Snyder at the 1955 Six Gallery reading in San Francisco, where Ginsberg first read Howl. Back in London for the first time in thirty years, McClure came to the London Review Bookshop to give an exclusive reading. After reading poems from the entire spectrum of his work, McClure discussed his place in the Romantic tradition, his literary heroes, his acting career, the philosophical implications of genetic science, and his work with musicians, concluding with a track from the album he recorded with Terry Riley, I Like Your Eyes Liberty.