Booksellers’ Round Table: The Water Cure by Sophie Mackintosh 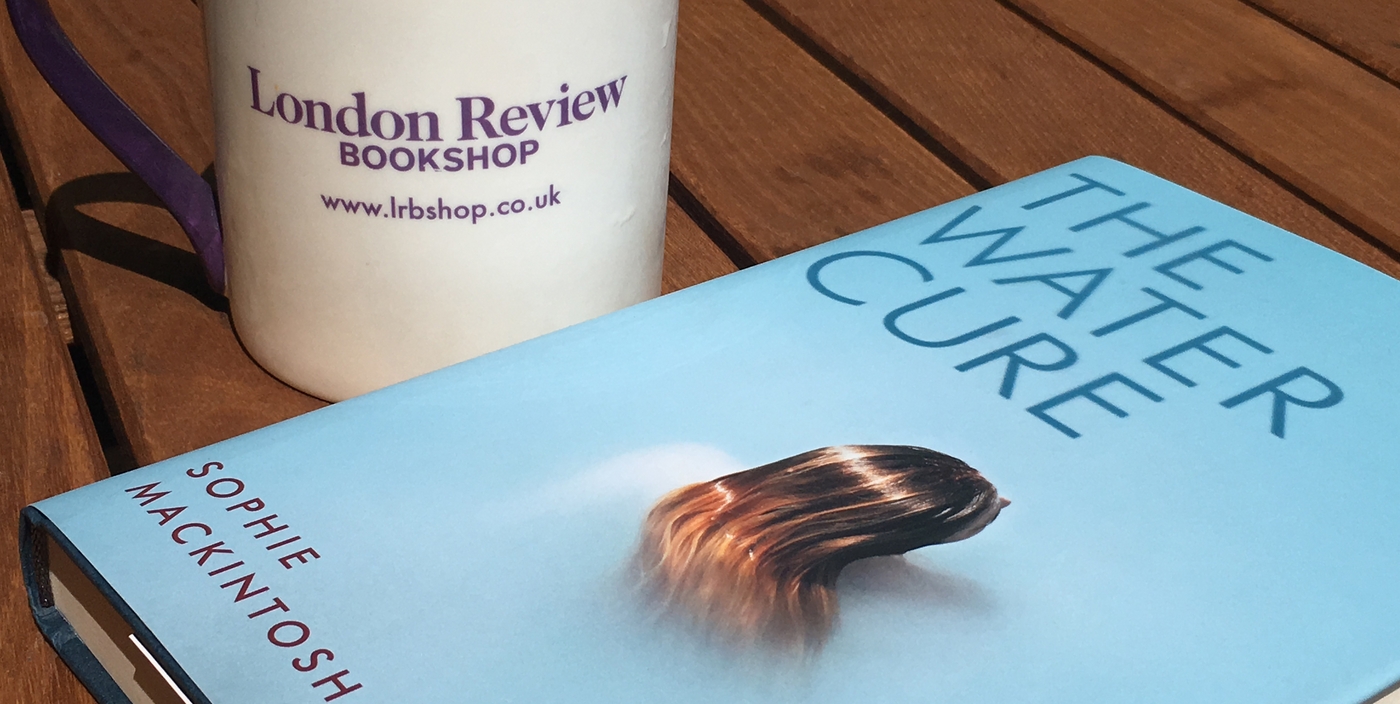 When Sophie Mackintosh’s debut The Water Cure first passed across the Bookshop’s radar, we were instantly intrigued: ‘a blazing vision of suffering, sisterhood and transformation’, said its publisher; ‘brilliant apocalyptic gothic, poetic, lyrical and feverish’, said Sharlene Teo on Twitter, and many friends-of-the-Bookshop concurred. We’re really looking forward to welcoming Sophie to the Bookshop in June to discuss her book with Katherine Angel – so much so that four of us (Claire, Gayle, Natalia and Rachael) convened in the sun in the courtyard outside the shop to try to get to the bottom of just what it was about this book that we found so completely transfixing.

Rachael: Who wants to start?

Natalia: Claire read it, Gayle read it, both of them said I had to read it – it was one of those books that passes around the booksellers... At first, I thought, OK, it’s going to be another dystopian story about women – but it’s actually not dystopian at all: in my mind, it’s the present; it’s today, as it is.

Gayle: I felt it was just slightly in the future, in which things have gotten worse – but not significantly so. I think you can’t say much more than that without spoilers...

Rachael: That’s OK, we can edit out spoilers.

Claire: When they talk about ‘the other place’, there’s very little description – but I definitely got the sense that it was just where we are now, and they are somewhere else, talking about it. And they rightly or wrongly see the ‘norm’ as something apocalyptic or disease-ridden.

Gayle: I guess in the way of any cult – and I suppose there are hundreds of religious cults right now that have done exactly the same thing.

Natalia: It’s always about broken women, having to save women from something; what purpose does the water cure serve? All of these women are broken because of their relationships with men, in some way or other. All of them.

Natalia: They’re really present, those women that came, even though you never know their stories.

Rachael: It’s interesting that the women do come. How does the word get out – that it’s somewhere that they’re running away to?

Natalia: As you’re reading, you’re constantly leaving the page to wonder... why?

Gayle: I thought it was incredible that she kept up that state of intrigue the whole way through, because that’s a really difficult thing to do. Most books that rely on that dystopian kind of ‘what’s happened – why is this happening – what’s going on’ for the pull to keep reading, they often don’t work...

Claire: They drop off, don’t they – lose discipline?

Gayle: ...and this absolutely works, right to the end.

Claire: There’s something really interesting and slightly unspoken in this book, and I think that’s fascinating. It’s subtle, and it kind of feels like water? The book is like being in water – things are obscured slightly, as if you’re looking through a thick pane of glass, and you’re given most of the information but not quite all of it; you’re led up to it, but not quite to it.

Rachael: And that’s another reason why the narration really works – because you as the reader are coming to awareness along with the girls, of what’s going on, rather than them knowing and withholding it from you.

Natalia: When sexuality comes into play, when there are women that have been separate and men come in, the dynamics change so much. Was it a love story? You know it’s not really going to be a love story, but there’s always that tension of why – why bring this man in?

Claire: There’s a constant threat, isn’t there? I really liked the way that threat tipped back and forth, and at times Llew was the one under threat, and that was because the women had to think about protecting themselves, and whether that was going to be a proactive thing or a reactive thing. I really liked that slight swing back and forth of who was in the driving seat, who was going to get to decide what happened, and who was going to impose their body on the other person. I mean, I didn’t like it at all, but I found it fascinating...

Natalia: I found it really claustrophobic – they’re in these rooms, and even though they’re in a really big space, and they’re describing the beach and the ocean....

Gayle: But the heat – the oppressive heat of the whole thing...

Claire: And none of these people are that likeable. So for your interest to be sustained, because you really want to know what has happened and what is going to happen, is a trick as well. There are no jokes in this book.

Rachael: I thought that it felt like a real book of the present time, with #metoo and all of that. There’s a great moment where Lia’s talking about Llew, and she says: There is a fluidity to his movements, despite his size, that tells me he has never had to justify his existence, has never had to fold himself into a hidden thing, and I wonder what that must be like, to know that your body is irreproachable. That to me encapsulates so much of what is in the book – about taking up space.

Gayle: I think I took a photo of that exact quote on my phone.

Rachael: It’s just a great moment... and the idea that in order to fully inhabit your body you have to take yourself away from the rest of the world, and be tucked away.

Natalia: But even in between the sisters as well, and their relationship – there is that sense of how they connect to each other and how they are supposed to love each other...

Gayle: ...and the giving and withholding of love...

Claire: ...and having to bargain, and say, will you do that to save her, or will you do that to yourself, will you kill so she won’t have to? Quite puritanical, weirdly. I keep saying this, but beyond just the water, and the mother and the sisters set-up, I felt it reminded me of Housekeeping by Marilynne Robinson – another really wonderful book: it’s intense, and it has a sense of the uncanny, the way this does.

Gayle: I think it has a similar atmosphere too, actually – again it’s the slightly isolated, but also really open and expansive setting...

Natalia: It’s also very similar to Barbara Kingsolver’s The Poisonwood Bible, with each of the stories of the four girls that this man uproots and takes to Africa; he’s in control of what’s happening to the mother and the children, and they’re trying to make sense of something they have no experience of.

Claire: And what happens at the end? [EXTENSIVE SPOILERS REDACTED] ...that’s where the power and the trust matters, doesn’t it – if you can convince someone that they’re isolated, and they’re too afraid to go and look...

Natalia: I can see this as a film.

Claire: I’m going to have to read it again.... Katherine and Sophie, come and explain it all to us, please!

Sophie Mackintosh and Katherine Angel discuss ‘The Water Cure’ at the Bookshop on Tuesday 5 June. Book tickets here. ‘The Water Cure’ is published by Hamish Hamilton on 24 May, price £12.99.