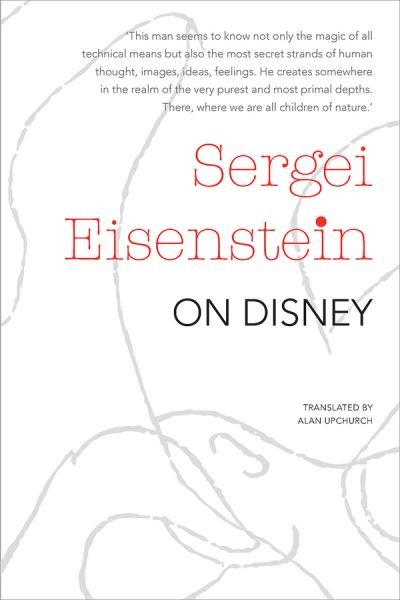 Few figures in cinema history are as towering as Russian filmmaker and theorist Sergei Mikhailovitch Eisenstein (1898-1948). Not only did Eisenstein direct some of the most important and lasting works of the silent era, including Strike, October, and Battleship Potemkin, as well as, in the sound era, the historical epics Alexander Nevsky and Ivan the Terrible he also was a theorist whose insights into the workings of film were so powerful that they remain influential for both filmmakers and scholars today. Seagull Books is embarking on a series of translations of key works by Eisenstein into English. On Disney, which was begun in 1940 but was never finished, was part of a series of essays Eistenstein wrote on masters of cinema; for Eisenstein, Walt Disney offered a way to think about how such impulses and animism and totemism survived in modern consciousness and art. This edition presents the original, unfinished essay along with material on Disney that Eisenstein worked on in subsequent years but never succeeded in integrating with the original.