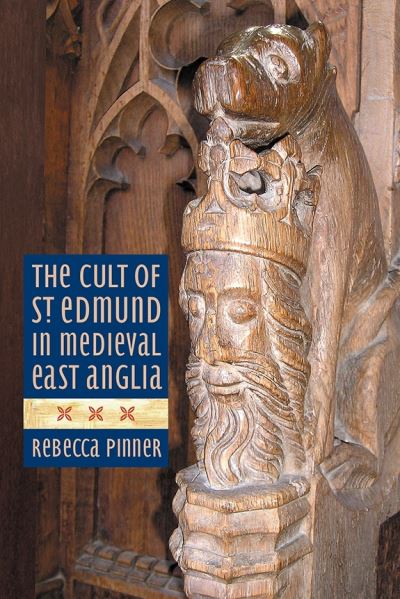 The Cult of St Edmund in Medieval East Anglia

Longlisted for the Katharine Briggs Award 2016

St Edmund, king and martyr, supposedly killed by Danes (or "Vikings") in 869, was one of the pre-eminent saints of the middle ages; his cult was favoured and patronised by several English kings, and gave rise to a rich array of visual, literary, musical and political artefacts.
This study explores the development of devotion to St Edmund, from its first flourishing in the ninth century to the eve of the Reformation. It explores a series of key questions: how, why and when did the cult develop? Who was responsible for its promotion and dissemination? To which groups and individuals did St Edmund appeal? How did this evolve over time? Using as evidence a range of textual and visual treasures from the Anglo-Saxon king's erstwhile kingdom and later cultic heartland, Norfolk and Suffolk, the study draws on sources and approaches from a variety of disciplines (literature, art history, social history and anthropology) to elucidate the social, cultural and political dynamics of cult construction.

Dr REBECCA PINNER is a Lecturer in Medieval and Early Modern Literature at the University of East Anglia.